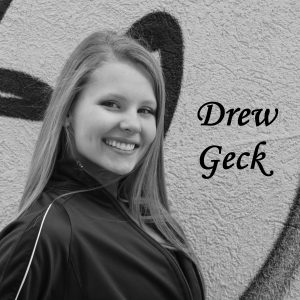 Drew is a young and spirited dancer, choreographer and teacher. Growing up in the Twin Cities, she received her training at Metro Dance Center on the top competitive teams. She is so thankful for all she has learned from the amazing and inspiring staff. Currently, Drew is a member of Ricci Milan’s “Rhythm Street Movement,” a tap dance and music company. She performed in the debut of their last two original shows “Who Brought the Humbug?” and“Waking Up.” At Rhythm Street Movement, Drew fills the leadership role of “Dance Captain.” She has also toured and performed around the U.S. with tap dance and music company “Rhythmic Circus.” Other performances include: Super Bowl LII as part of the official pep squad, with local theater company “Cabarave,” and at the “Twin Cities Tap Festival Concert.” Drew is an alumni of the University of St. Thomas Dance Team, with whom she won back to back National Champion Titles. Recently, she graduated from the University of St. Thomas, Minnesota with a degree in Accounting. Drew strives to share her passion of dance with her students and to inspire them to grow beyond.